[Status Report] How is Android Dominating Market over Apple?

Are we heading towards the Android-only mobile world?

Let me put the first thing first. Because 99.6% of new smartphones now run Android or iOS, the story will not cover Windows, BlackBerry, or any other mobile OSs. 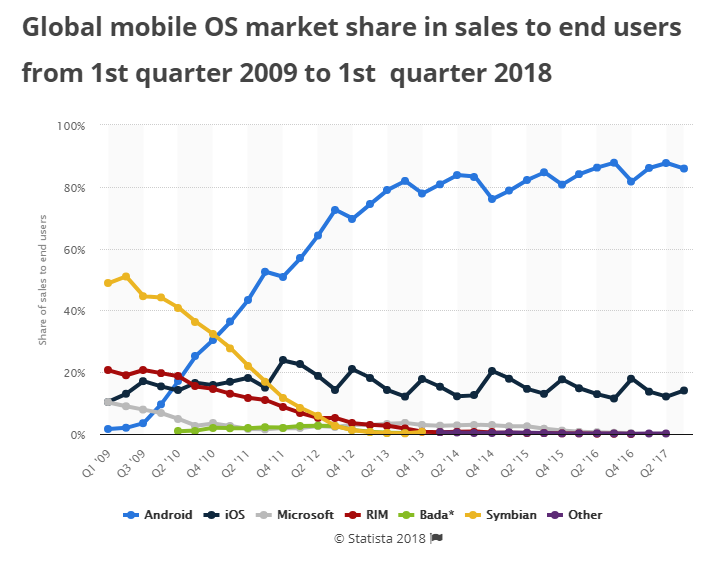 Android, it defeated all and too badly to few giants.

So, Android is everywhere. Every 9 out of 10 people owning smartphones have Android-powered smartphones. 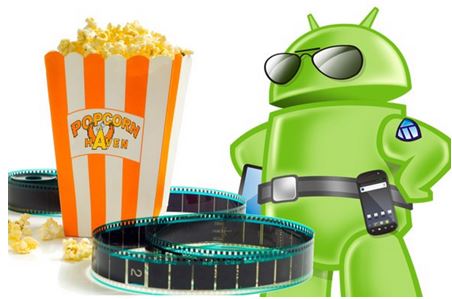 How is Android Dominating Market over Apple?

Google introduced it as an open-source OS which was free to use by any OEM (androidauthority.com). It simply means that if you wish to launch your own line of Android-powered smartphones, you can do it without paying anything.

Google’s strategy to let OEMs use the OS for free worked and, soon hundreds of mobile device manufacturers across the world adopted Android as the core OS for their smartphones.

The story of Samsung: 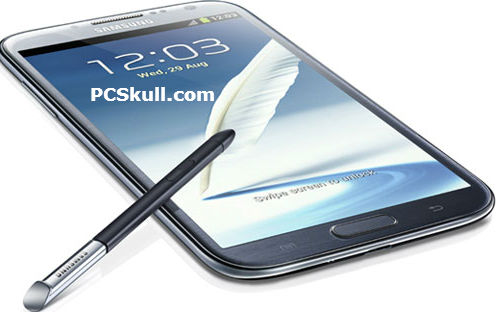 Samsung, for example, had only 3.3% of the global smartphone market share in the fourth quarter of 2009. It’s the same year when the company launched its first Android smartphone, Galaxy.

Since then the company has never looked back.

In Q3 2012, Samsung became the world’s largest smartphone manufacturer with 32.5% of the total market size.

Is Android responsible for Downfall of Nokia?

On the other hand, many companies lose out everything to Android because of its deepening penetration.

Nokia was the giant of the mobile manufacturing in 2009 with more than 38% of market share whereas its grip started to lose after Android entered the game. And, in Q2 2012, it just disappeared from the market.

Even statistics, market research, and business intelligence data providers have put Nokia out of their reports.

Same happened with RIM’s BlackBerry that had nearly 20% marketing holding in 2009. It shrunk to 4.3% in Q2 2012. And, it was also put out of statistics-reports like Nokia.

Android Gave a Smartphone for All.

Believe it or not, but Android devices are available for as low as $45. Because…

Now many companies do not need to develop their own mobile OS. They manufacture devices and power them with Android. This allows them to lessen the cost of their smartphones.

It’s Android which put smart mobility in the reach of everyone.

Unlike Apple, which requires you to spend at least $350 to buy an iPhone, Android devices are available in all budget ranges. You decide your budget and, there are tons of options available in the market.

Android Apps is one of the Reasons for its success. 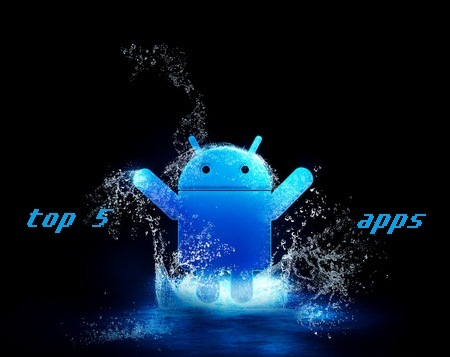 There are many reasons for getting Android apps so popular. So is that the reason for Android dominating market over Apple?

Google Play Store has more than 3.8 million apps for Android devices in comparison of 2 million apps in App Store for iPhone.

Android is attracting double the apps. The OS is an easy way to publish any app you want.  Google is a bit broadminded with app publishing norms. An app satisfying minimally set guidelines does take a day or two to become available on Play Store.

Android was launched as an OS for touchscreen devices; however, it has not been limited to them only.

Today, apart from Android for phone and tablets, we also have a Wear OS (Android OS for wearable devices), Android TV and Android Auto.

Android’s only competitor, Apple is constantly losing markets over the world. According to a report from MacRumors.com, Apple is losing ground to Android competitors in India and China due to local market challenges.

In India, for example, the company Apple had a 45 percent share in the first quarter of 2017. The same share narrowed to 18 percent in the same quarter 2018. Apple lost out to 50% of market share to Samsung just in a period of a year.

And everyone knows that Samsung has its complete reliance on Android for all its smart device, gadgets and appliances.

So, we live in a tech-world where almost everything we say as smart is powered just by one OS: Android. Today, we are living in the Android dominating market over Apple. As the popularity, so many smartphone users are moving to the Android.

Our mobiles, cars, refrigerators, fancy smart watches, gaming console, and everything else are already using Android.

Should we fear Google for monopolizing the smartphone market in the future? My answer to this thought is – Google monopolizes it daily, in fact. Just see which searching engine you use always, all the ways.