Siri – Speech Interpretation and Recognition Interface is a sharp voice-activated personal assistant created for iOS devices like iPhone, iPad, Apple Watch etc. Siri was instituted with iPhone 4s and only half of the iOS users use it. A lot of iOS users face problems with Siri that it doesn’t function the way it should. 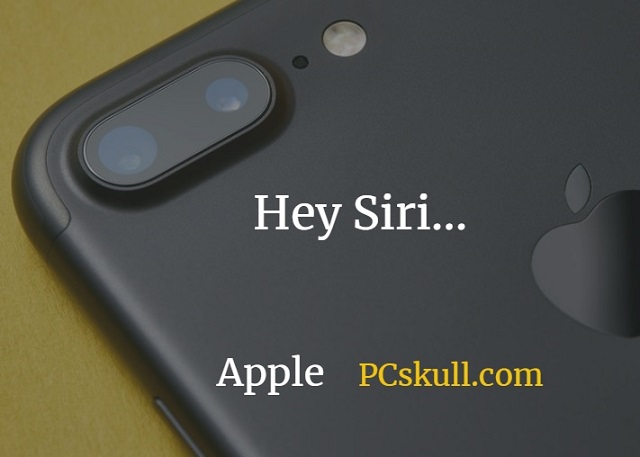 Isn’t Siri tripe? That’s what some people reckon about Siri and that they would never ask it for help. By and large, people face problems with Siri functioning after upgrading the iOS version. In this post, we will discuss the ins and outs for the other half refusing to take help of Siri.

Siri Troubleshooting Tips if Your Siri not Working

Let us identify the garden variety of issues faced and how to fix those.

Under no circumstances, Siri is working on your phone then the first thing to try out is to check if Siri is at all compatible with your phone. Siri was launched with iPhone 4s and later for iPad3 and later (iPad Pro, iPad, Air and iPad mini models etc) and the 5th and 6th gen iPod touch. Along with this it also supports Apple watch, Apple TV and any Mac that has macOS Sierra.

If you have iPhone 4 or lower version, iPad 1 or iPad 2 then it won’t work. An alternate solution to this problem is to look out for other voice-enabled instruction apps that are available in the iTunes store.

Then you can go again to Settings -> General -> Siri and turn the setting On to make it work. 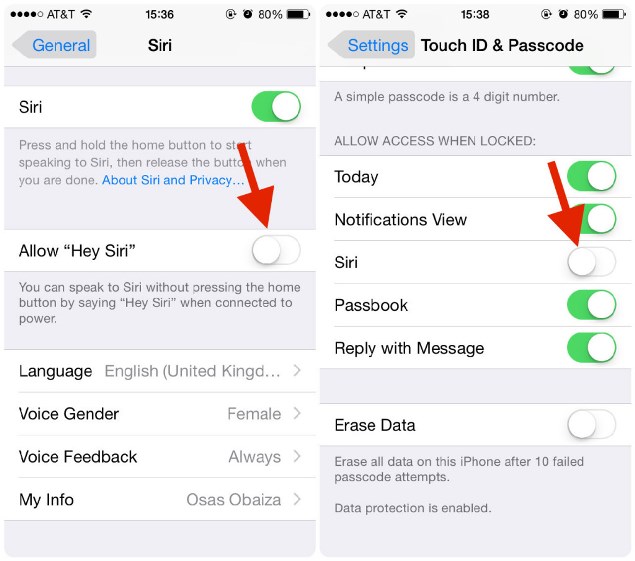 For Mac, go to System Preferences and click on Siri. There will be a tick icon to enable Siri.

Why should a person need an internet connection to tell Siri to set an alarm, or send a text message to someone or add a reminder? A lot of people find it useless while driving because the network may be weak while driving.

Hence check your internet connection if you find that Siri is not working because this is the fundamental issue with no solution.

#4 iOS updates for your phone:

Make sure that your phone is updated and has the latest version of iOS. You can check for the latest available updates on Settings -> General -> Software Update.

Read: How to spy on iPhone of your child using Phone Tracker?

#5 Is the microphone functional?

Siri won’t be able to hear you if the microphone of your iPhone is not functioning properly. If Siri is activating and if you can see the “What can I help you with?” text that indicates that Siri is working but the issue with the microphone. If you have a cover on your iPhone or iPad, remove it and then try to use Siri.

You can also try to blow some air or clean your microphone very gently with a soft cloth or toothbrush because sometimes dust or garbage gets collected on it, blocking the voice. Now try using Siri. If still, it is not working, attach your iPhone or iPad to a headphone and try, if Siri works then it means that there’s some major problem with your microphone.

Some of the users also reported that Siri only works with headphones. This was about the technical issues that are ordinarily faced by people. Apart from this, there are non-technical issues also that can result in Siri not working.

Is Siri not responding to your voice?

At times Siri may not be able to understand your accent and this happens frequently with the British and Irish accent. If you are speaking fast, it may understand only 15-20% of what you were saying, I know this is embarrassing. Apple has some guidelines to help you with Siri.

You can try speaking slowly and classily to make it understand. You can also try cleaning up your phone’s microphone and remove the case to make your voice more clear.

If you in a restaurant, hotel or pub where there’s too much background noise then Siri may not work as expected. It may also happen that while driving if it’s noisy then Siri may not understand what you are saying.

You can try to speak slowly and clearly directly in the phone’s microphone, that way Siri may understand what you are trying to command it. Although it is said that it works neatly in places like pubs. Another solution to try is to use a headset or hands-free device. 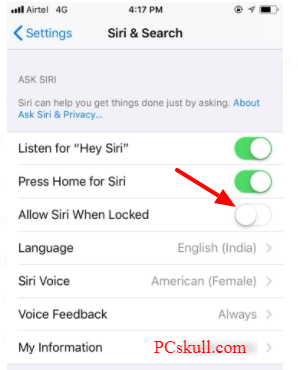 To turn this setting off go to Settings on your iPhone or iPad, then go to Siri and slide the setting ‘Access when Locked’ towards the white bar.

You may also like to read: Top 10 Free Apps for iOS (for iPhone, Apple Watch, iPad, and Mac)

Still, you didn’t find a solution to your problem? Let us know by writing your query in the section comment below.

Earleen Brown is a veteran iPhone application developer for reputed iPhone app Development Company. You can contact her to hire the iOS app developer to avail reliable and efficient app development services.