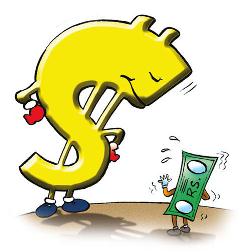 How many members are there in WTO?

WTO (world trade organization) has 159 members from all over the world.

What is the Purpose of WTO?

In brief WTO handles all the regulation of trading between its member countries. And EMs (Emerging Markets) are one of the biggest contributors in global trade.

What is the role of Global Trade?

Global trade is quite complex as it includes border disputes between countries, currency conversion, and many more asymptotic factors.

As its one of the function WTO tries to minimize the dispute and finds trade settlement between countries.

Synergizing global trade and nurturing it is the utmost goal of WTO.

On 7th December 2013, there was a WTO conference on cross border commerce at Bali. This is the first time since 1995 over 190 ministers agree on something.

The core of this meeting is called as trade facilitation which called as “cutting the red tape”. It includes reducing the costs and delays involved in international trade.

According to Washington bank, global trade will be around $1 trillion and will add up to 20 million jobs.

What’s for India into this WTO agreement?

Apart From jobs and import-export trade Indian exporter can look forward to easier deals in the European market.

And for poor economies, it will be easy to penetrate into US market.

WTO also approves “peace clause”, which comprises that no member country can initiate the dispute against any other member country which has breached the subsidy limit under Food security program, which can lead to increase in starvation percentage in that country. Because of these clauses, India is backing WTO BALI conference.

Dependence on only one thing is always dangerous so we should look for new ties.

To reducing CAD and stabilizing our Indian economy we should explore a new market.

According to Department of Commerce, we import highest from the US around $20 billion and highest import from China around $ 28 billion.

But if we could diversify these data around global then most of our problem regarding import and export will get nullified.

India Should Thing about Alternatives to the WTO to Boost The Economy.

What do you think?

What is BITCOIN? Why it is called as New FACE of Currency

Why You Should Use Online Writing Service for Students?

What to do When Your Small Business gets into Financial…